Every day during the run of our summer exhibition Propped, the last visitor to Gairloch Gardens is presented with a gift on their way out: flowers. For the last guest (2014/2017), a work by Mark Clintberg and Benny Nemerofsky Ramsay, sees an arrangement of flowers placed in a vase at the entrance of the gallery, wrapped in paper designed by the artists. At the end of each day, the last visitor to the gallery is given the arrangement to take home with them. 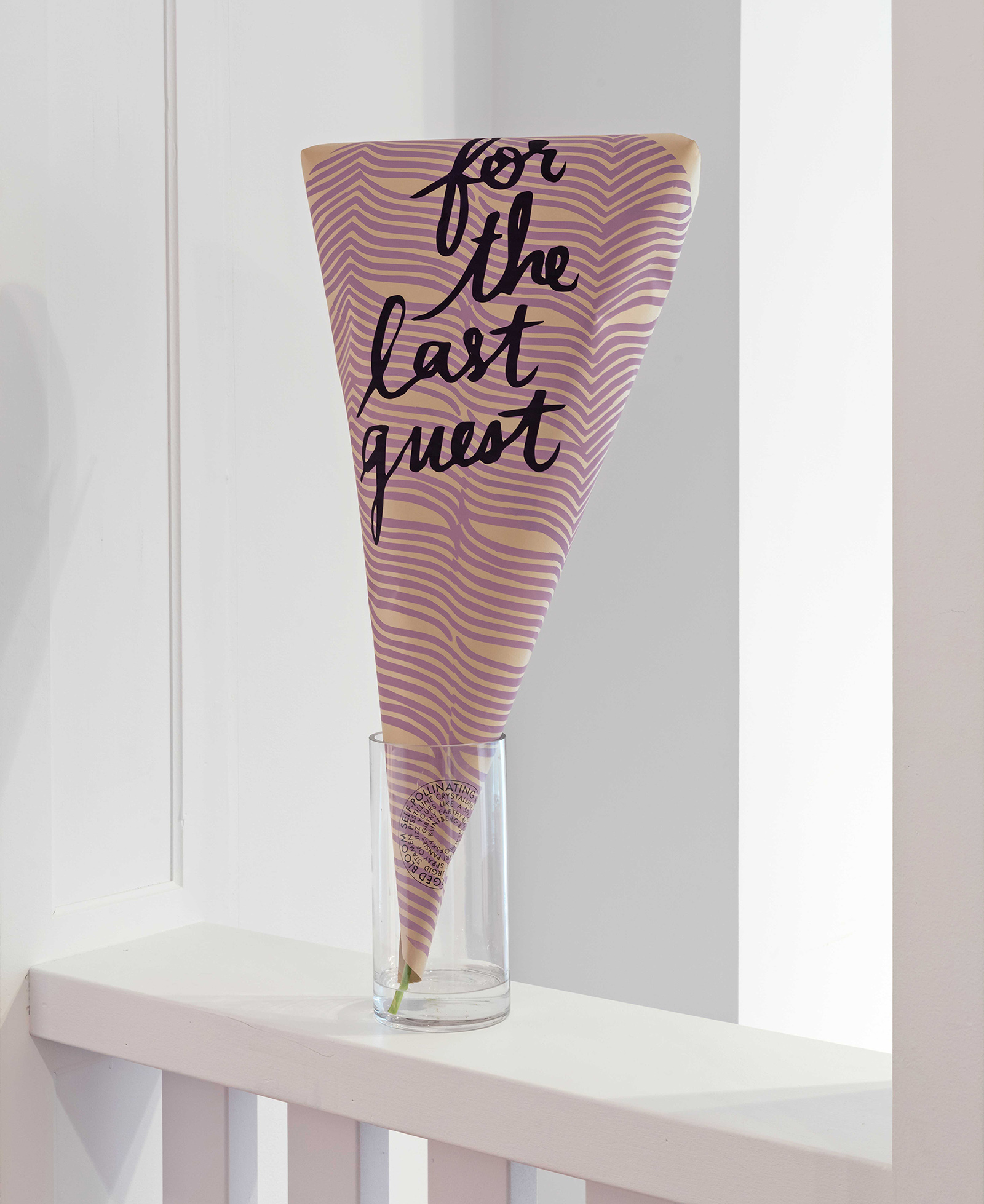 Flowers have been involved in rituals for centuries. There is evidence of flowers buried with the dead dating back 60,000 years, and during the Victorian era an entire language was popularized around them. This sense of ritual, hospitality and gesture is familiar terrain for both Clintberg and Ramsay, who have long explored these ideas in their respective practices. In an interview from the Banff Centre in 2016, Mark writes: “Hospitality exists as a device to make social relations run smoothly. But often there’s social friction. I have a copy of Emily Post’s guide to etiquette and I’ve referred to it frequently as a document on social relations. […] But an ideal host should never fear friction, and would therefore probably avoid such aspirations. I think the ideal host never appears to be trying too hard.”

Of course, try as we might, we at the Galleries are imperfect hosts ourselves—we’ve gifted the flowers too early, as another visitor sneaks in the door, and gifted them too late, chasing visitors down in the garden as they leave. Sometimes, though, we manage to get it right: recently our animateur Audrey Yip gave the flowers to a young visitor, whose parents were touched, noting that it also happened to be the day of her graduation from school.

The daily gesture implicit in this work brings to mind philosopher Giorgio Agamben’s writing on repetition: